The Future of the Dark Web 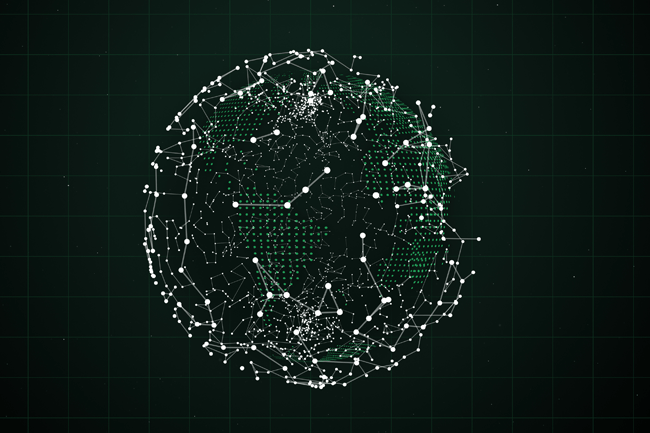 While the future of the dark web, a magnet for criminal activity, is un-predictable in many ways, there are growing trends in both its audience and functionality. Read more to discover what dark web trends we predict will continue or shift in the future.

How to Keep Your Data Off the Dark Web

Picture the dark web as a game of whack-a-mole. As one website is shut down by the FBI or Europol, five more take its place. Take famous dark web marketplace the Silk Road as an example. In 2013, the popular site for selling drugs and weapons, among other illegal goods, was shut down in a sting by the FBI.

After the Silk Road's collapse, other marketplaces popped up to take its place. Since the dark web serves as both a hotbed for illegal activity and a platform for users to anonymously voice their thoughts freely, there is demand for its continued existence.

Although there is demand, dark web users will have to become increasingly hidden if they wish to avoid the same fate as the Silk Road. We predict that in the future, the dark web community will develop advanced tactics to evade detection by the authorities.

The rise of crypto-currency, an un-traceable digital currency, began in the 2010's with the creation of Bitcoin. Released as an open-source software in early 2009, the first transaction took place between its founder, Satoshi Nakamoto, and an early adopter of bitcoin in January 2009.

The first real-world transaction happened in 2010 when a bitcoin enthusiast bought two pizzas from a Papa John's in Florida for 10,000 bitcoins. Bitcoin's ability to facilitate anonymous transactions made it quickly gain popularity on the dark web to sell illegal items such as drugs and weapons.

We predict that in the future, as crypto-currency becomes more mainstream, it will increasingly be used to facilitate dark web transactions. Considering that the authorities are always on the dark web hunting for criminals, dark web users will need to be more savvy to evade detection, and Bitcoin can help with that.

Currently, the Internet has 3.4 billion users. Individuals and businesses alike are flocking online due to the ease with which one can run a business, shop, communicate with friends, and so on.

The downside to our increasingly Internet-savvy world is that more and more personal data is being stored online, from credit card numbers on online shopping websites to medical data on healthcare platforms.

This means that hackers, who grow more sophisticated by the day, have more access to this data. Lucrative data like social security numbers can be sold on the dark web, creating a demand on dark web marketplaces.

We predict that in the future, the dark web's most popular good for sale will increasingly become lists of personal data. Personal data such as social security numbers are sought after for the obvious financial gain, but even seemingly innocuous lists of corporate account logins and files can be used to make money through a ransomware attack.

How to Keep Your Data Off the Dark Web

Don't write down passwords anywhere, whether that be on a sticky note or in the Notes app on your phone. Writing down passwords leaves the door open for a hacker to discover them and use them to gain access to your network.

To create a strong, unique password, include, capital and lowercase letters, use at least 8-10 characters, and include a number and symbol. A pro tip is to make a passphrase instead of a password. To do this, think of a phrase that you can remember, preferably not a personalized phrase, and turn the first character of each word into a password.

For instance, the phrase “In 1984, My High School Football Number Was 36!” could turn into a password that looks like “I1984MhsFNW36!” With this tip, you have non-personalized, hard-to-hack phrases that you can still easily remember!

Limit Where Data Is Stored Online

The major downside to living an Internet-based lifestyle is that, by putting more of our personal information such as credit card information online, we increase the chances that a hacker will access this information and sell it on the dark web.

If you are an avid online shopper, consider checking every website you purchase from to see if you can opt out of having your financial information stored in their server.

Additionally, be wary of storing any account logins and passwords online. When possible, try memorizing your passwords. An easy way to do this while maintaining a secure password is to create a passphrase, the creation process for which is stated above.

All the above advice will provide your company a solid foundation with which to protect your network from hackers.

If you are a business, one of the best ways to truly and holistically secure your network is by hiring either an internal IT team or a managed IT services company to proactively monitor your network for security threats.

Managed IT services companies are well-versed in how to manage a company’s network and can work with you to build a comprehensive protection plan.

The online world changes and updates so frequently that your company cannot afford to get left behind or be left un-protected. Establish effective network security measures in your company today so you can be protected from the cyber threats of tomorrow.