Remote Conferencing Platforms: Which One Is the Best? 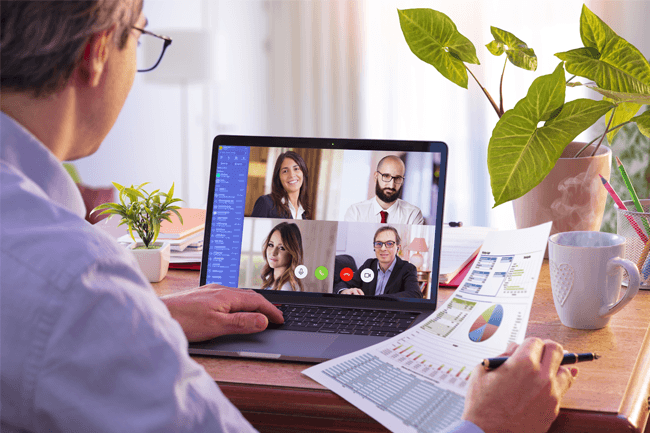 How to Choose the Right Platform

Remote conferencing lets you conduct business in a more flexible way. Instead of feeling like your client has to visit you or vice versa, you can host meetings virtually, which also saves your company money on travel costs.

Clients who are located far from your office may also prefer to conduct business virtually, as it allows them the freedom to host meetings on their own terms.

If your company has offices around the country or around the world, remote conferencing lets you stay connected with them in a more meaningful way than email and phone calls.

Emails and phone calls can get lost in translation and messages can be mis-interpreted, especially when the receiver cannot see and hear the intended tone of the message. Remote conferencing lets businesses with multiple offices carry out projects in a more productive and meaningful manner.

If your company wishes to experiment with a remote office, remote conferencing allows you to maintain productivity while letting employees experience the freedom associated with remote work.

Instead of making remote employees come into the office for a meeting, you can simply have everyone join a virtual meeting online. This is beneficial when you have remote workers in multiple time zones, as it's easier to plan a virtual meeting around time zones than an in-person meeting.

Remote conferences allow you to advertise your business in new ways. While lunch and learns are a great way to bring prospective clients to you, sometimes your prospects don't want to meet in person right away.

Virtual webinars and educational sessions give you a way to interact with prospects in a less intrusive way, giving you a soft introduction to prospects who may not be ready to meet you in person.

If you wish to drive sales, gear a webinar towards solely net new prospects that, after watching your webinar, may be pushed further down the sales funnel.

Additionally, many remote conference providers can give you hard data about meeting attendees, which makes planning follow-up engagements easy, especially when you have to plan follow-ups for hundreds or thousands of attendees.

How to Choose the Right Platform

When evaluating a remote conferencing platform, consider the following factors before making a final decision.

Obviously, cost is one of the most important considerations when deciding which remote conferencing platform to use.

While some may assume that the most expensive package is the best, sometimes companies take advantage of that mindset to build expensive packages that are almost the same as the cheaper versions.

Evaluate all features and services that come with each package that a company offers. If the free version seems almost comparable to the more expensive one, then maybe you could be just as well off with a cheaper package.

Before choosing a platform, make a list of your must-have security features and see which platform meets your qualifications.

The security of a remote conferencing platform should be one of your chief concerns when choosing which one to use. Depending on your industry, you may need one that can comply with HIPAA or PCI DSS. If your industry has specific security requirements, check with your provider to see if they can comply.

As a host, you may want certain controls for your calls, such as meeting locks and microphone disabling. While certain host controls are usually pretty standard across all platforms, others aren't, so ensure that you carefully do research.

Another way to tell if a platform is secure enough if is they encrypt your data. Encrypted data ensures that even if a hacker accesses the data from your conference, the data is scrambled and illegible.

RELATED: Remote Conferencing Security: How to Find the Right Provider

Conference host controls allow the meeting leader to decide who talks or shares content. These controls are useful if you're having a large meeting with hundreds of attendees, seeing as they let you mute microphones to control noise, among other benefits.

When it comes to meeting security, host controls provider a great barrier against unwanted intruders. While some conferencing platforms let you host a password-protected meeting to control access, a hacker could still bypass this to enter your meeting.

Some companies have started adding controls that let you close the meeting so that once it starts, nobody new can join. However, without this feature, you leave the door open for an intruder to join the meeting at any time.

In this scenario, if an unwanted guest starts causing disruptions, conference hosts should be able to mute microphones, disable video or screen sharing controls, turn off chat features.

Additionally, if an attendee starts behaving inappropriately, as the host, you should be able to kick them out. Having access to host controls allows you to continue meetings with minimal disruptions and quickly remove unwelcome guests.

For instance, if an unwelcome guest accesses an appointment between a doctor and his patient and they hear sensitive information, the doctor could potentially be in violation of HIPAA for not protecting patient confidentiality.

One way to test the security of a platform is to see if meeting transcripts are emailed to all attendees, and if so, are these transcripts encrypted? If a company says they do encrypt data, double check  − some of the big players in the industry have been caught red-handed for touting false claims of end-to-end encryption.

Picking the right remote conferencing provider for your business isn't a black-and-white decision. Different companies will value different aspects of a platform, which means that before joining a platform, your business needs to figure out its needs and wants in a provider.

Remote conferencing will only become more mainstream as time progresses. Join thousands of other companies and propel your business to new heights today.