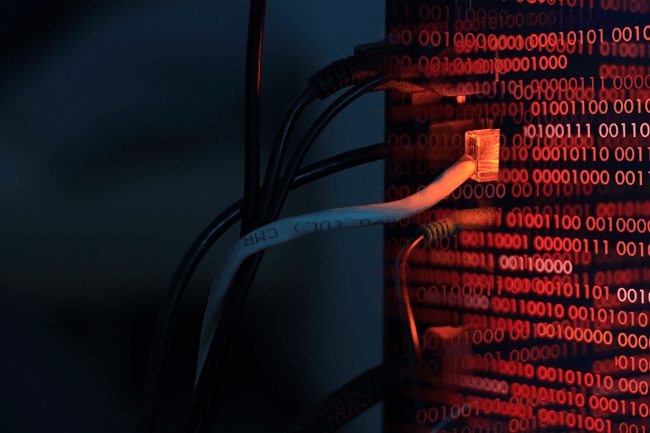 Many cyber security terms are thrown around, which makes distinguishing one from another confusing. Malware has been making headlines for how prevalent it is. But what is it? Keep reading to learn a basic definition, the different types of malware, and how you can prevent it.

How to Prevent Malware Attacks

Malware is any type of software written with malicious intent, which can range from data theft, computer damage, or general privacy invasion.

Malware tends to be spread when a suspicious link or download is opened by a victim. Ranging anywhere from viruses to ransomware, malware is an umbrella term that encompasses many types.

For a more in-depth look at the different types of malware and some tips on how to prevent malware attacks, keep reading.

Viruses function like their biological counterparts by latching onto "clean files" in your computer, infecting those, and then moving onto the next.

Computer viruses cannot be spread without human interaction, which means that, for instance, if a file containing a virus was on your computer, your computer wouldn't become infected unless you opened the file.

Viruses can quickly spread to other computers when people unknowingly share virus-loaded files to each other.

A worm is a type of virus, but the difference is that worms can spread without any human action needed. Worms can quickly multiply and spread, which can magnify the damage done. For instance, a worm could make thousands of copies of itself and send those copies to everyone in your contact list.

Within a company, worms can be especially devastating for how quickly they can spread from computer to computer in a network since all the computers are inter-connected.

Similar to a robots, bots are automated processes designed to infect a victim's device and connect these infected devices back to a central system called a botnet.

Like worms, bots can self-reproduce, but bots are more advanced because they can capture more information, such as keystrokes and passwords. Bots can also open back doors to a network by creating security holes that let other types of malware into a network.

A botnet is a centralized system connected to many infected devices. Once botnets establish a web of connected and infected devices, it can send out broad, "remote control-based" attacks to its entire network.

A Trojan is a program whose purpose is similar to the Trojan horse story from ancient Greece. In the ancient story, the Greeks stuffed a giant wooden horse with soldiers and presented it as an innocent gift to the city of Troy, whom they were at war with.

Similar to this story, a Trojan is an innocent-looking program that, when downloaded, opens a virtual "back door" in your device's security, allowing malware to come in and infect it. Like viruses, Trojans require human interaction to spread.

Once your device is infected with ransomware, some or all of the files on it are encrypted, making them inaccessible or un-readable by the victim.

To unlock their files, a victim must first pay the hacker a ransom, which is usually demanded in the form of Bitcoin, an online e-currency that facilitates anonymous payments. As of recently, ransomware has been used to target large organizations such as the City of Atlanta.

RELATED: How Does Ransomware Work? [Infographic]

Spyware is a type of malware designed to spy on you and collect information. It logs information such as your passwords, credit card numbers, and browsing history.

Once this information is taken, it can have harmful consequences for the victim, such as identity theft and credit card fraud.

Adware uses information it has collected on you, such as your Internet browsing history, to serve you targeted advertisements. Though adware is relatively harmless, it can be a nuisance because it can slow down your computer or cause a lot of pop-ups ads.

However, by breaking through your security to gather information on you, adware can potentially create a security gap that allows other more harmful versions of malware into your network.

How to Prevent Malware Attacks

If you want to set a good cyber security foundation, consider downloading anti-malware software. Anti-malware is designed to recognize and remove malware threats from your network.

One way that anti-malware recognizes threats is by searching for snippets of code that it deems suspicious. When this code is recognized, the software flags it.

Another way that anti-malware detects threats is by recognizing code that attempts abnormal behavior. For instance, a snippet of code that attempts to gain administrator rights to your computer without asking for your permission could be flagged.

Different versions of anti-malware exist for home or business use. Depending on what you need it for, you can tailor anti-malware to fit your needs.

Stay Away from Suspicious Links and Websites

The temptation to visit websites that might contain suspicious links, such as ones that offer free movie and music downloads, can be hard to resist. However, knowing some basic rules about what to stay away from can help you stay safe online.

To start, if a website sounds too good to be true, then you probably shouldn't trust it. For instance, websites offering free tools or software that are usually expensive are likely to contain malware links.

Another way that hackers easily spread malware attacks is through a term called phishing. In a phishing attack, a hacker will email a victim a malware-infected link. These phishing emails will look and feel genuine, tricking many into clicking on the link.

For instance, a hacker trying to access a company's HR portal might email them posing as Microsoft, telling them to click the link to verify their credentials.

If you're wary about trusting a link that seems to be from a company that you have an account with, such as Microsoft, try accessing the web page described in the email by going to the actual website itself without clicking the link.

Cyber attacks can cause network downtime, which costs your company money every minute. They can also cause a host of other problems, ranging from the risk of data breach lawsuits to loss of company reputation if sensitive information is published.

Don't wait until you're attacked to improve your cyber security.